Pugs come in variety of colours, most well known being fawn. The Pug is considered an Oriental breed with ancestral ties to the Pekingese and perhaps the Shih Tzu. Pugs — named after the old word for ­goblin, or small monkey — are friendly, outgoing, fiercely loyal and wonderfully comical. They also have a wonderfully distinguished history — dating back to the Shang dynasty (before 400BC) where they were bred to adorn the laps of Chinese Emperors, lived in extreme luxury and were watched over day and night by armed guards. And, give or take the odd corgi, they’ve long been the darling of royalty — Queen Victoria was mad on pugs, kept 36, bred them herself and preferred the apricot and fawn colouring to the more traditional black pugs imported from China in the late 1900s. Pugs were and are famous amongst kings and queens, political leaders, and other dignitaries. They were also popular amongst the literati and other socialites, including Voltaire, George Eliot, Andy Warhol, and Valentino. 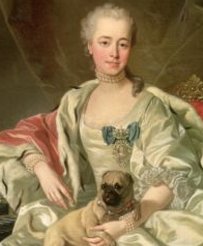 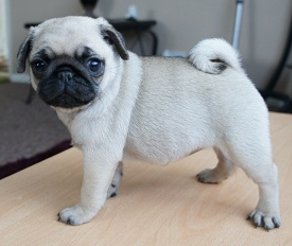 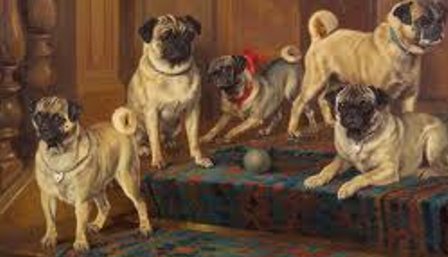 Around 1886 Pug breeders started to take the breeding of black Pugs seriously. The Tailor's Shop, painted by the famous Dutch artist Q. Brekelen-ham, proves that black Pugs were around as early as 1653, and The House of Caids; painted by William Hogarth, 1730, also included a black Pug. But the black Pug, born into a fawn litter, was not valued by the early breeder; black Pugs would be culled as soon as they were born. Due to the lack of recorded information on the black Pug, many writers said that Lady Brassey, a world traveller, brought the first two black Pugs into England when, in 1877, she returned in her yacht Sunbeam from China. Since authorities realized that there were black Pugs in England before her trip, few people believe she actually did introduce them into England. However, she certainly created interest in them. At the Madison show in 1886, Lady Brassey entered four black Pugs-Jacopo, Nap, Jack Spratt and Bessie Spratt-and they won, starting with Jacopo going first in his class. This dog show was very influential both in generating interest in black Pugs and in starting several kennels specializing in them. It is said that the original variety of black Pugs stem from Lady Brassey's lines, since they were the first black Pugs on record in England. The Brassey Pugs Nap II, Jack Spratt and his daughter Bessie Spratt have gone down in the record book as the foundation stock of all black Pugs. 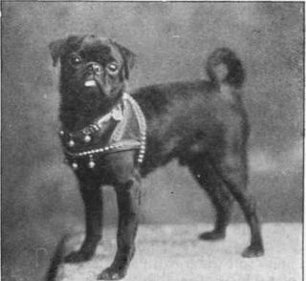 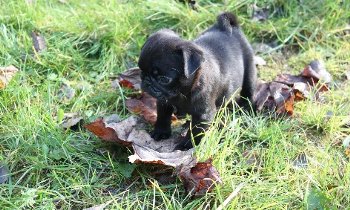 The Whilloughby family of England is credited with creating the Whilloughby strain of Pugs. Whilloughby Pugs were a silver-fawn colour with a distinct dark streak or trace along its back, from the base of the head to its tail, date to 1843 when the Whilloughbys acquired two specimens and bred them. They became very popular and were the rage of England for quite some time. They were so popular that they became the object of thieves who wanted to fill orders for the distinctive little dogs from around the world. 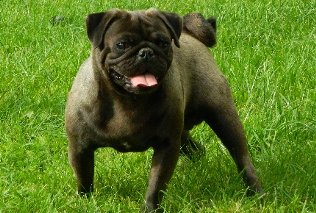 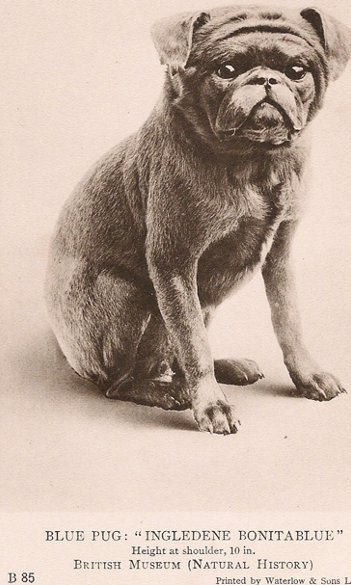 Many Oriental Pugs had a great deal of white on their bodies, and some were almost entirely white. These white and pinto spotted Pugs are documented in Europe as late as the end of the 1800s, but the lines that produced them were eventually allowed to be lost. There were a few famous white pugs’ owners, like Duke Of York and many royals. 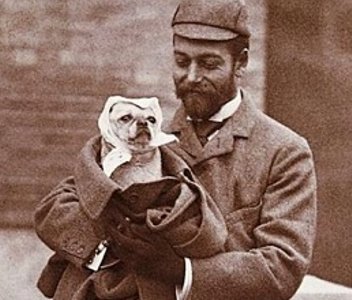 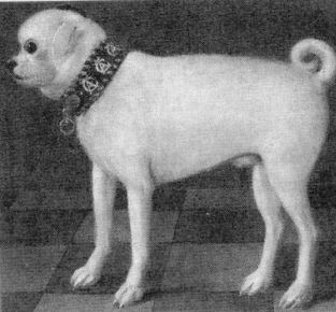 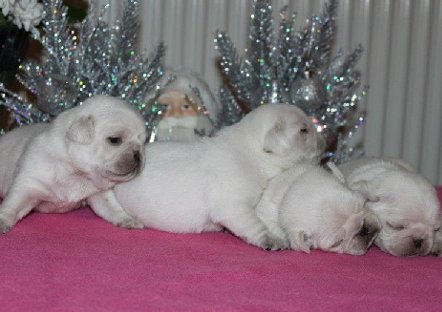 Brindle pugs were common place in the colour scheme of Pugs a couple of hundred years ago.  Brindle pugs were originally Boston Terrier/ Pug crosses. The Boston terrier is where the brindle colour comes from. Eventually breeders started breeding the Bugs (Boston terrier and pug crosses) back to full blooded Pugs. The brindle colour is very dominant & even 8 generations down, you still will get brindle puppies. The AKC now recognizes a brindle pug, so they are full blooded again. 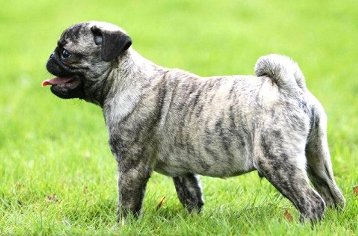 CHOCOLATE and BLACK AND TAN

The pug family keeps growing and they now come also in chocolate  and black and tan variety. Rare colours   cause a lot of controversy among the breeders and pug lovers. The KC recognizes more and more varieties now which was not the case a few years back. I am sure you agree that they are just as gorgeous and sweet as ‘standard’ colour pugs. 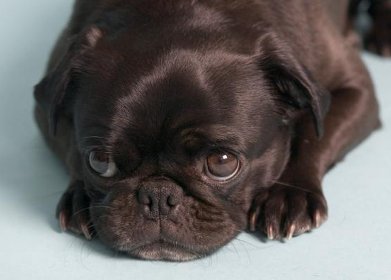 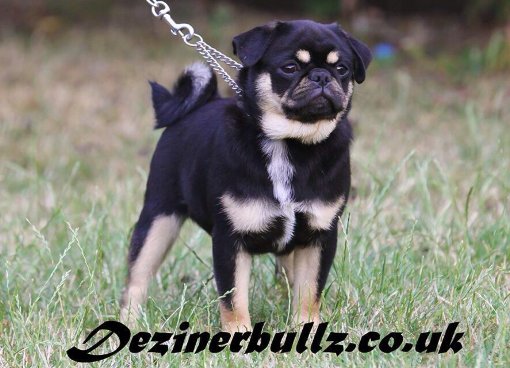